Along with a great many prominent authors, artists, and academics (listed below) joining us for NecronomiCon Providence 2017, these selected special guests serve to demonstrate that the weird community is a broad, multi-faceted, and vibrant one. 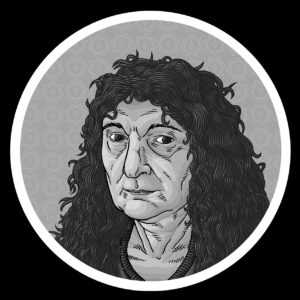 [fa link=”https://www.facebook.com/EllenDatlow” icon=”fa-facebook-square”][fa link=”http://ellendatlow.com/” icon=”fa-home”]
Ellen Datlow.
For nearly four decades, Ellen Datlow has been one of the most critically acclaimed editors in the field of speculative fiction with over fifty anthologies to her name. She has won more awards than any living editor including multiple Hugo, Bram Stoker, World Fantasy, Shirley Jackson, Locus, and British Fantasy awards and the Lifetime Achievement Award from the Horror Writers Association. Along with Terri Windling, she edited twenty-seven volumes of The Year’s Best Horror and Fantasy and, on her own, eight volumes of The Year’s Best Horror Stories. Her most recent anthologies are Children of Lovecraft, Nightmares: A New Decade of Modern Horror, and the forthcoming Black Feathers. 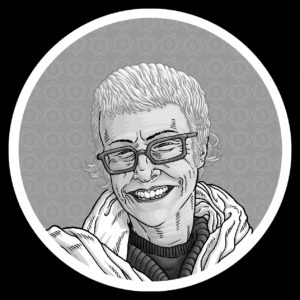 [fa link=”https://www.facebook.com/kijjohnson” icon=”fa-facebook-square”][fa link=”https://twitter.com/kijjohnson” icon=”fa-twitter-square”][fa link=”http://www.kijjohnson.com/” icon=”fa-home”]
Kij Johnson.
Kij Johnson is a long-standing writer, academic, and editor of high regard who has crafted a body of work equally dark, elegant, and humanist. Over her decades of work, she has won the Hugo, Theodore Sturgeon, Crawford, and Nebula awards. Her most recent work is the critically acclaimed novella The Dream-Quest of Vellitt Boe. 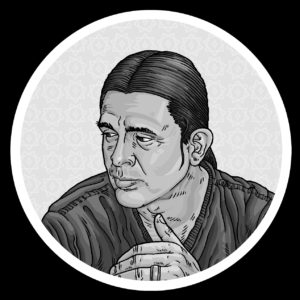 [fa link=”https://www.facebook.com/stephengrahamjones” icon=”fa-facebook-square”][fa link=”https://twitter.com/SGJ72″ icon=”fa-twitter-square”][fa link=”http://www.demontheory.net/” icon=”fa-home”]
Stephen Graham Jones.
Stephen Graham Jones, Ph.D., is one of the most prolific and studied contemporary writers in speculative fiction. Combining elements of crime fiction, class consciousness, bizarro, horror, and literary fiction with topics related to his Native Blackfeet heritage and the American experience, Jones has been referred to as ‘the closest thing weird fiction has to both Cormac McCarthy and James Welch’ with his sparkling prose and the sheer breadth of genre that he writes in. His most recent work is the novel Mongrels.

[fa link=”” icon=”fa-facebook-square”][fa link=”” icon=”fa-twitter-square”][fa link=”” icon=”fa-home”]
Steven Mariconda.
Steven J. Mariconda is one of the foremost contemporary scholars of Lovecraftiana and Weird fiction whose groundbreaking work on understanding the style and imagery of Lovecraft’s prose first appeared in 1984. Subsequently, he has been published in Lovecraft Studies, Studies in Weird Fiction, and Weird Fiction Review. His work has been collected in H.P. Lovecraft: Art, Artifice, and Reality and, along with S.T. Joshi, he recently co-edited Dreams of Fear: Poetry of Terror and the Supernatural. 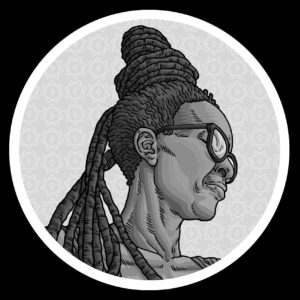 [fa link=”https://www.facebook.com/NnediOkorafor/” icon=”fa-facebook-square”][fa link=”https://twitter.com/Nnedi” icon=”fa-twitter-square”][fa link=”http://nnedi.com/” icon=”fa-home”]
Nnedi Okorafor.
Nnedi Okorafor, Ph.D., is a Nigerian-American writer and academic who has numerous awards for her work including the World Fantasy, Andre Norton, Hugo, and Nebula awards along with the prestigious Wole Soyinka Prize for Literature in Africa. Touching on themes that reflect her West African heritage, her own life in the United States, and a sense of global awareness, her work straddles and blurs the lines between mythology, science fiction, and the fantastic. It has been described by critics as, iconic, vital, and incredibly contemporary. She is currently an associate professor of creative writing and literature at the University at Buffalo. Her most recent work, the novella Binti, won both the Hugo and Nebula award. 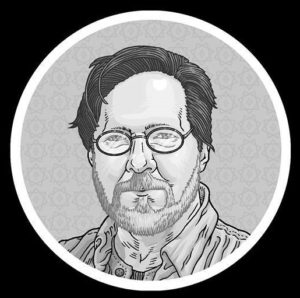 [fa link=”http://www.johnjudepalencar.com/” icon=”fa-home”]
John Jude Palencar.
John Jude Palencar is a prolific artist and illustrator whose work has graced the covers of books from H.P. Lovecraft, Ursula K. Leguin, J.R.R. Tolkien, Marion Zimmer Bradley, Christopher Paolini, and dozens more. In 2008, he was the recipient of the Grand Master Award from the prestigious Spectrum Fantastic Art council. Blending realism, that calls Wyeth to mind, with his own unique manner of strangeness, Palencar is one of the most celebrated illustrators and artists in the field of contemporary speculative fiction. 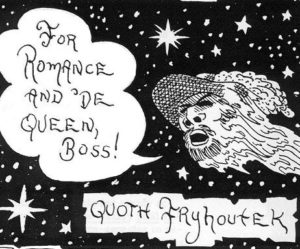 [fa link=”http://donaldsidneyfryer.free.fr/” icon=”fa-home”]
Our Poet Laureate Donald Sidney-Fryer.
Donald Sidney-Fryer is a poet, historian, and entertainer whose work has appeared in numerous volumes from Arkham House, Donald M. Grant, Silver Scarab, and numerous other publishers. One of the foremost experts on the work of Clark Ashton Smith, Sidney-Fryer was the first to create a complete, detailed bibliography of Smith’s work, laying the foundation for all Smith studies that followed. A firm believer in Pure Poetry, he has worked extensively in many forms and even created his own form of poetry with the Spenserian stanza-sonnet. 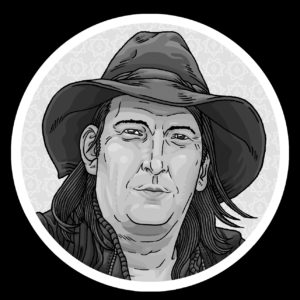 [fa link=”https://www.facebook.com/richard.stanley.925″ icon=”fa-facebook-square”][fa link=”http://www.shadowtheatre13.com/” icon=”fa-home”]
Richard Stanley.
Richard Stanley is a visionary South African director and screenwriter currently living in France. His highly regard documentaries and narrative films such as Hardware and Dust-Devil are highly regarded, worldwide, and blend notions of layered reality with the stark horror of humanity and his own interests in magic and the occult. He is currently working on a feature film adaptation of Lovecraft’s ‘The Colour Out of Space.’ 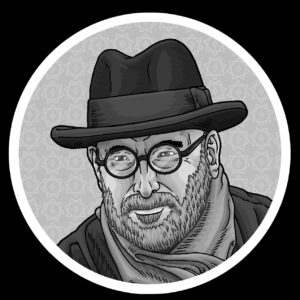 [fa link=”https://www.facebook.com/peter.straub.96″ icon=”fa-facebook-square”][fa link=”http://peterstraub.net/” icon=”fa-home”]
Peter Straub.
Peter Straub, one of the great luminaries of American horror fiction, is the author of seventeen novels, which have been translated into more than twenty languages.. He has written two volumes of poetry and three collections of short fiction, and he edited the Library of America’s edition of H. P. Lovecraft’s Tales and their 2-volume anthology, American Fantastic Tales. He has won many awards, including the HWA and WFC Lifetime Achievement Awards.

ARMITAGE SYMPOSIUM PRESENTERS can be found here at the Armitage page.