Along with a great many prominent authors, artists, and academics (we’ll soon post the list as it is cultivated) joining us for NecronomiCon Providence 2019, these selected special guests well represent a multi-faceted and vibrant weird fiction community. 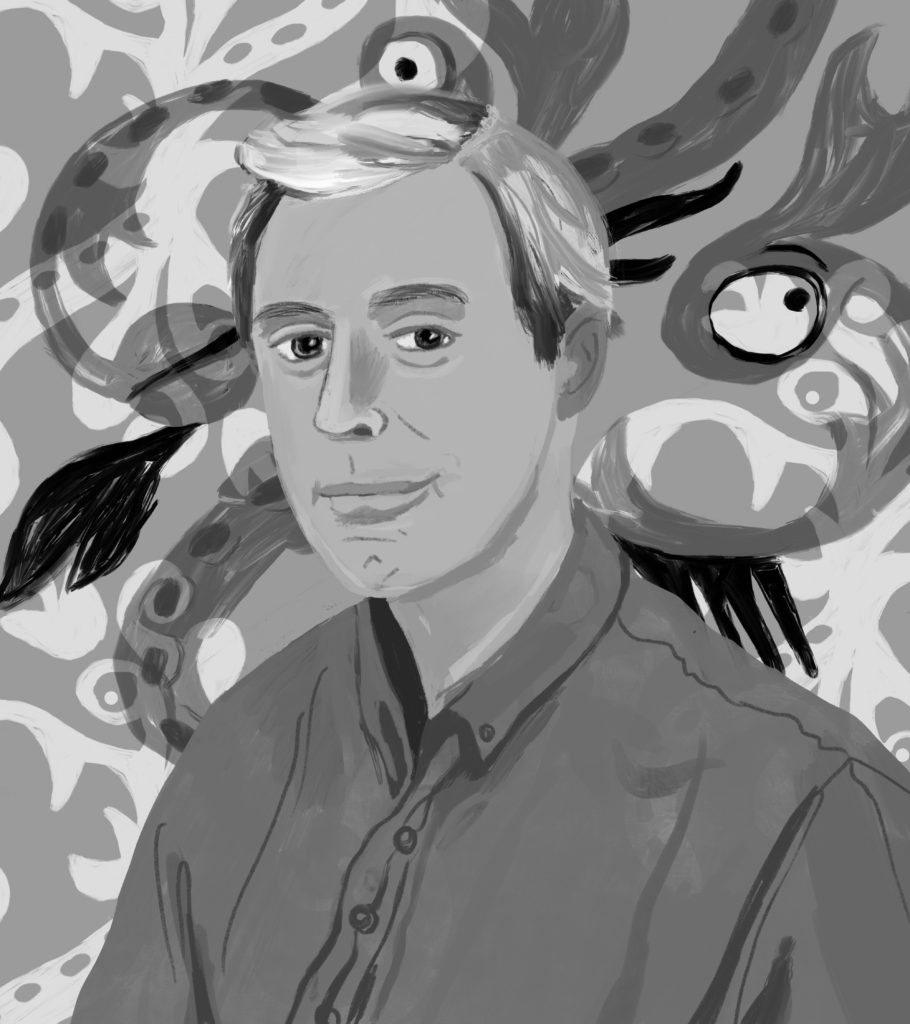 Peter Cannon
Peter Cannon is the author of H. P. Lovecraft, a volume in Twayne’s U.S. Authors Series; Sunset Terrace Imagery in Lovecraft, an essay collection; The Chronology out of Time: Dates in the Fiction of H. P. Lovecraft; and Long Memories: Recollections of Frank Belknap Long, a memoir. He’s the editor of Lovecraft Remembered and the co-editor with S. T. Joshi of More Annotated Lovecraft. His fiction includes Pulptime, a novella in which Lovecraft meets Sherlock Holmes; Scream for Jeeves: A Parody, a mix of Lovecraft and Wodehouse; Forever Azathoth, a story collection; and The Lovecraft Chronicles, a novel in which Lovecraft dies in 1960 instead of 1937. 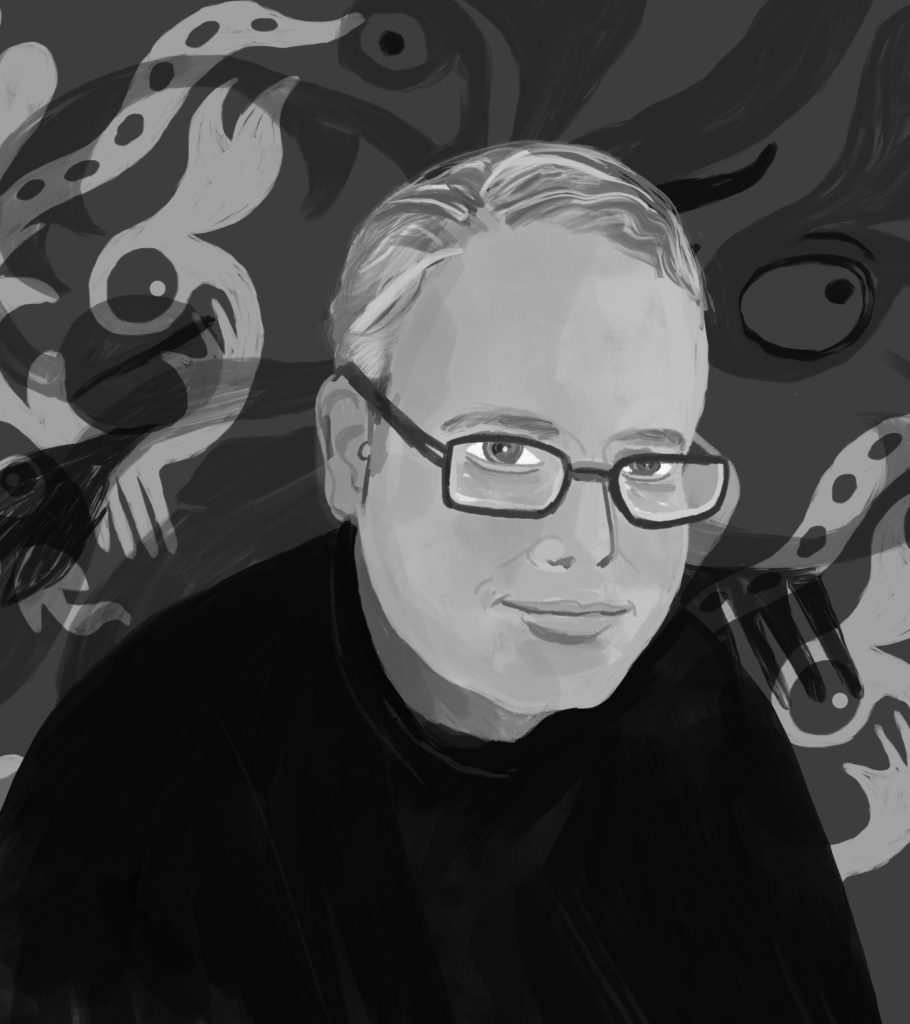 Kenneth Hite
Kennneth Hite has written or designed 100+ tabletop roleplaying games and supplements, including GURPS Horror, Call of Cthulhu d20, Trail of Cthulhu, Bookhounds of London, the Delta Green RPG, The Fall of DELTA GREEN, The Dracula Dossier, Night’s Black Agents, and Vampire: the Masquerade 5th Edition. Outside tabletop gaming, his other works include two volumes of Tour de Lovecraft, Cthulhu 101, The Thrill of Dracula, The Nazi Occult and The Cthulhu Wars, several Cthulhu Mythos short stories, the “Lost in Lovecraft” column for Weird Tales, and four Lovecraftian children’s books. An Artistic Associate at Chicago’s WildClaw Theatre, he served as dramaturg for their stage production of The Shadow Over Innsmouth. Half of the award-winning podcast Ken and Robin Talk About Stuff, he lives in Chicago with two Lovecraftian cats and his non-Lovecraftian wife, Sheila. 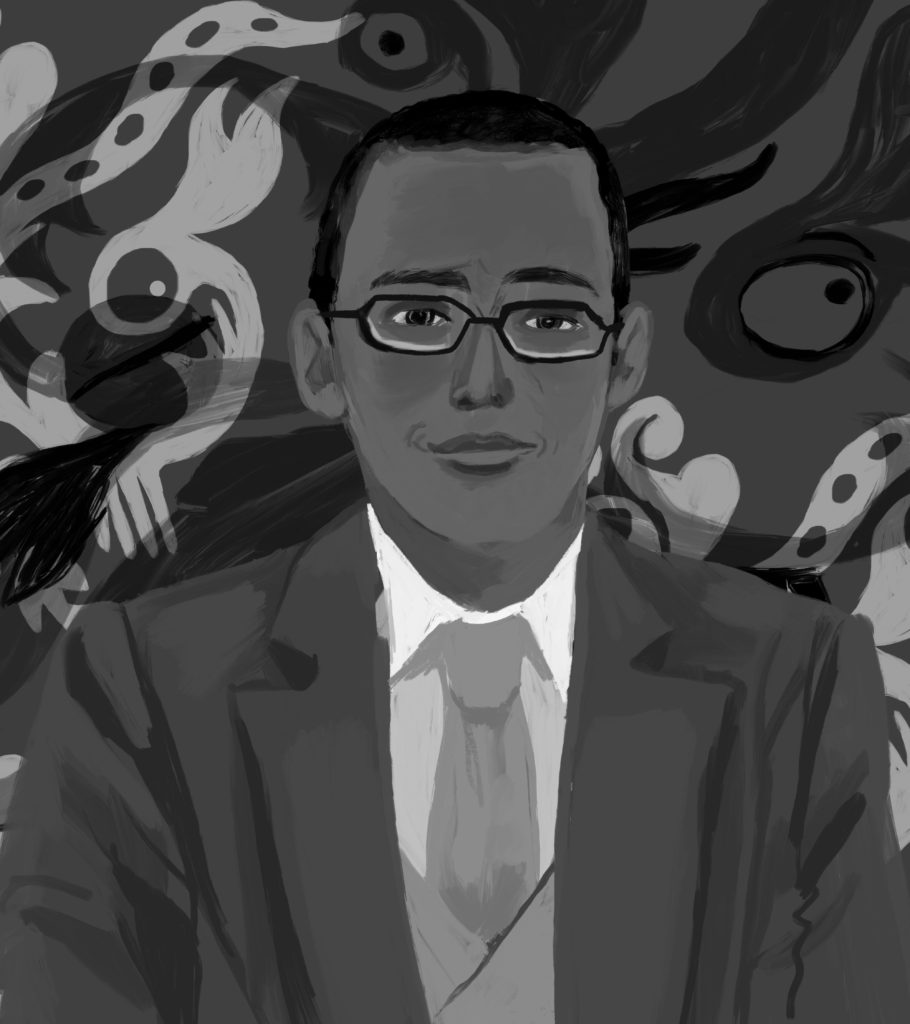 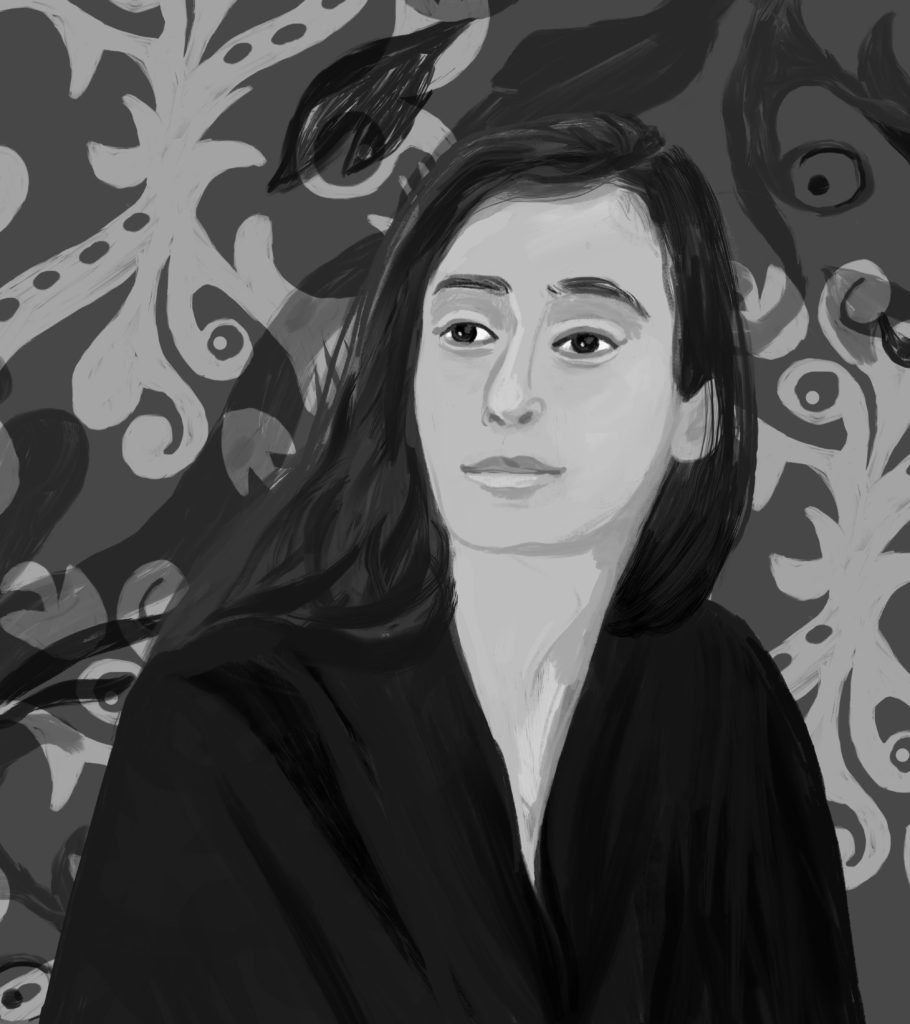 Sonya Taaffe, our Poet Laureate
Sonya Taaffe reads dead languages and tells living stories. Her short fiction and poetry have been collected most recently in Forget the Sleepless Shores (Lethe Press) and previously in Singing Innocence and Experience, Postcards from the Province of Hyphens, A Mayse-Bikhl, and Ghost Signs. She lives with her husband and two cats in Somerville, Massachusetts, where she writes about film for Patreon and remains proud of naming a Kuiper belt object. 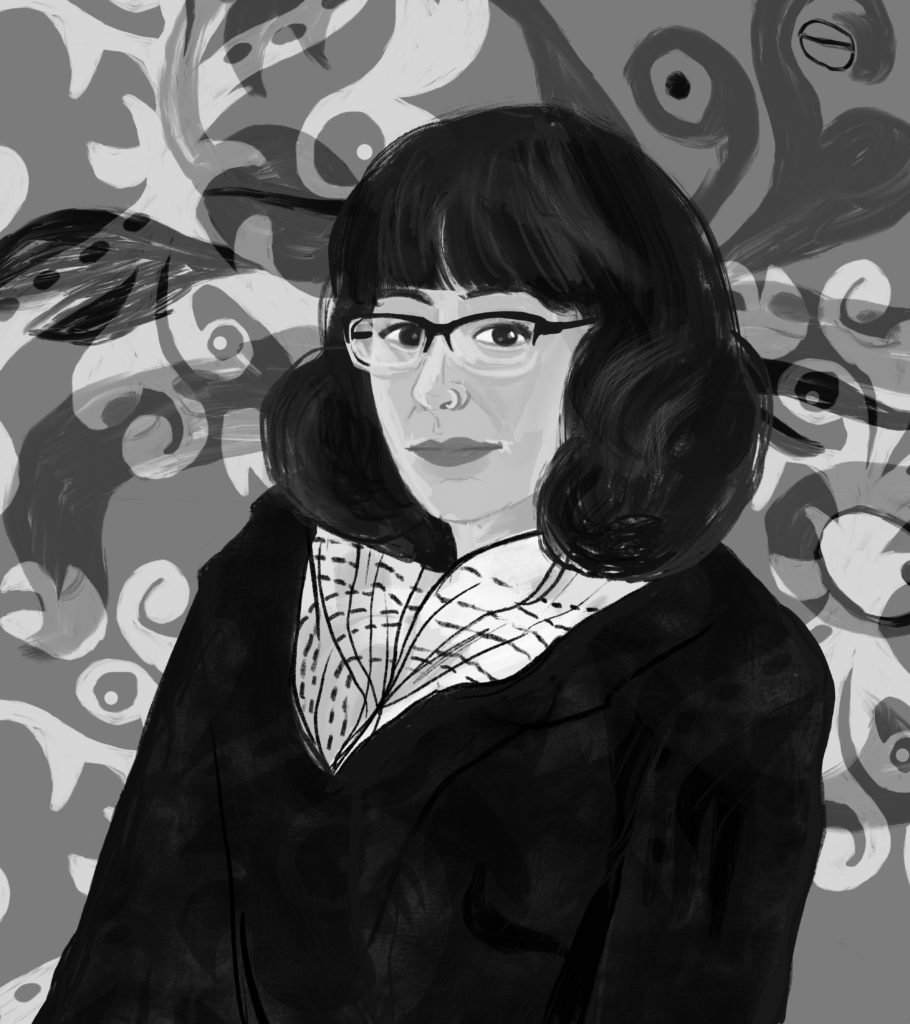 Molly Tanzer
Molly Tanzer is the author of Creatures of Will and Temper, Creatures of Want and Ruin, and the forthcoming Creatures of Charm and Hunger. She is also the author of the weird western Vermilion, which was an io9 and NPR “Best Book” of 2015, and the British Fantasy Award-nominated collection, A Pretty Mouth. Her Mythos fiction exists within those dark absences in Lovecraft’s own work, whether she’s writing about the Asenath Waite as a cheerleader or a Nepali sherpa struck mute by the colour out of space. She lives in Longmont, CO. 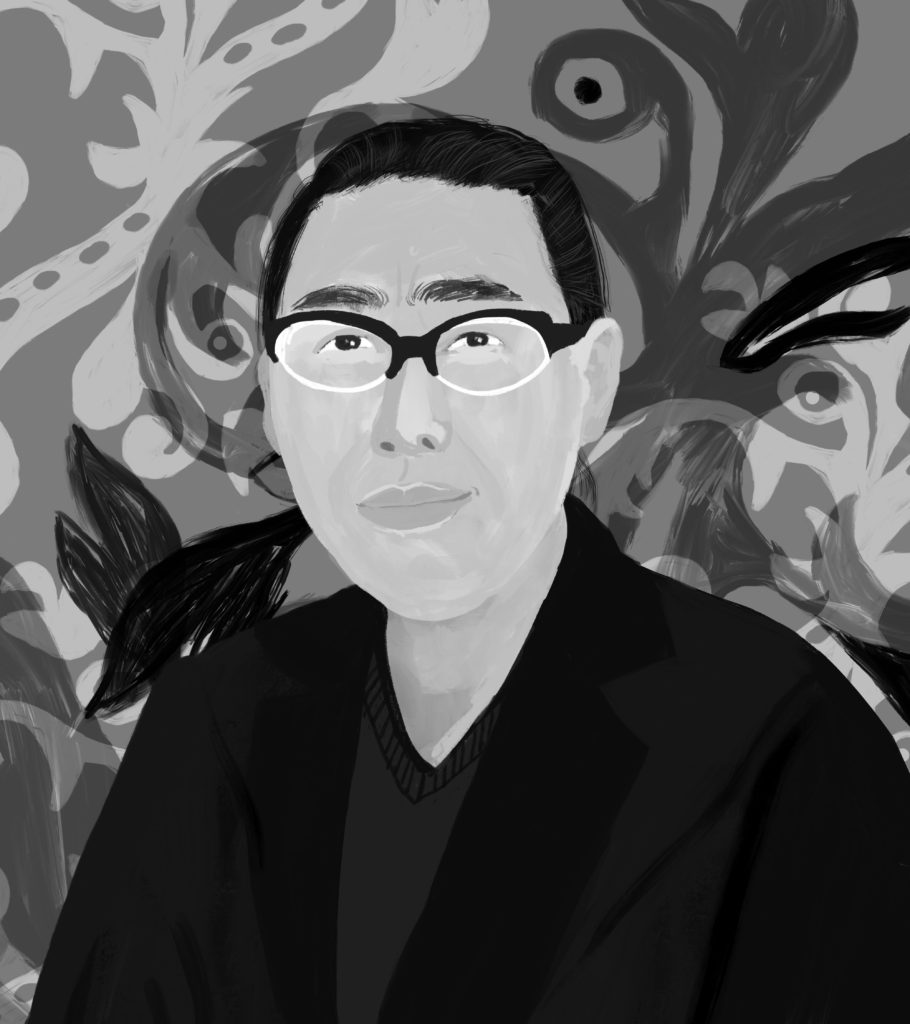 Dempow Torishima
Dempow Torishima was born in Osaka. He graduated from Osaka College of Art and worked as a freelance designer and illustrator. He won the Sogen SF Short Story Prize with his debut fiction “Sisyphean” (Kaikin no to) in 2011. Since then, he has been writing a series of stories in the same far-future world of Sisyphean, which was published as Sisyphean and Other Stories in 2013, and translated into English in 2018. The book was chosen as the best SF of 2013 in SF Magazine, won the Japan SF Award, and was nominated for the Seiun Award in 2014. He published his first long-form novel, The Hermitage in spring 2019. 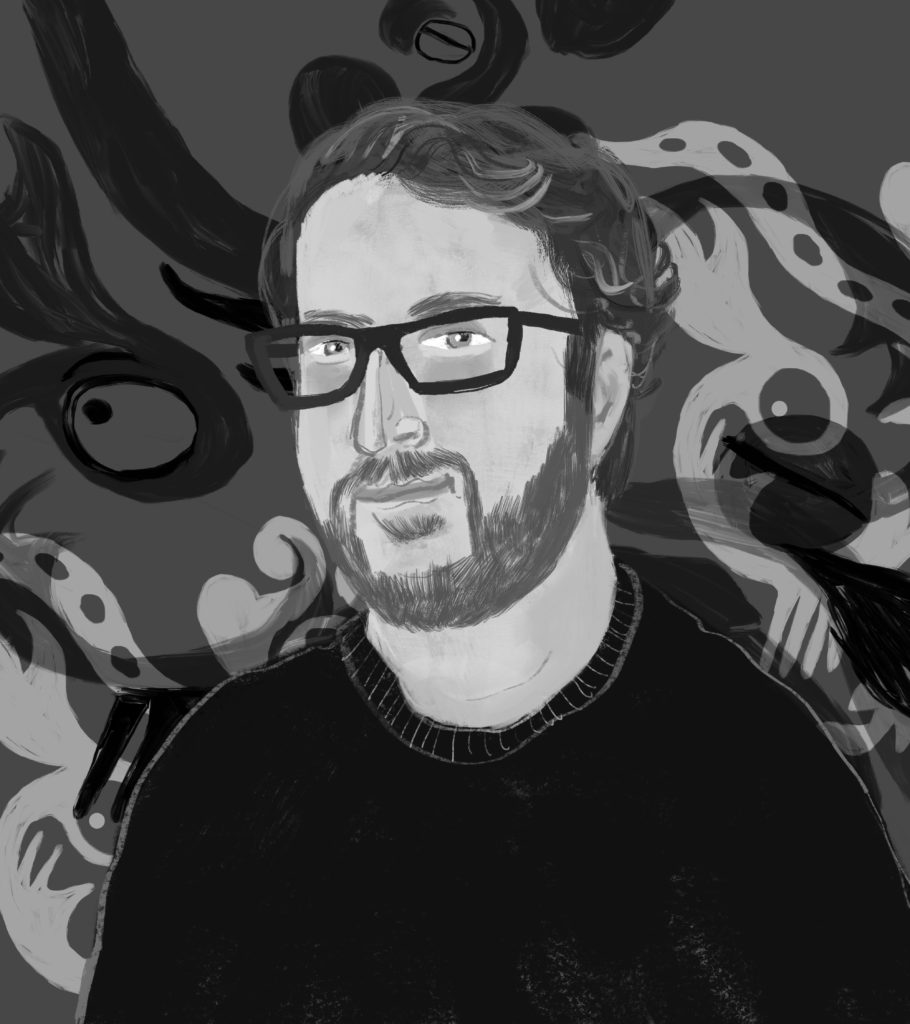 Paul Tremblay
Paul Tremblay has won the Bram Stoker, British Fantasy, and Massachusetts Book Awards and is the author of The Cabin at the End of the World, Disappearance at Devil’s Rock, A Head Full of Ghosts, and the crime novels The Little Sleep and No Sleep Till Wonderland. His short story collection Growing Things and Other Stories will be published in July 2019. He is currently a member of the board of directors of the Shirley Jackson Awards, and his essays and short fiction have appeared in the Los Angeles Times, Entertainment Weekly online, and numerous year’s-best anthologies. He has a master’s degree in mathematics and lives outside Boston with his family.

ARMITAGE SYMPOSIUM PRESENTERS will be posted here and on the Armitage Symposium page.

The Lovecraft Art & Sciences Council is a federally recognized 501.c.3 nonprofit organization. We value any contributions you can make to our ongoing efforts.  If you are interested in corporate sponsorship, please visit our Sponsors page.